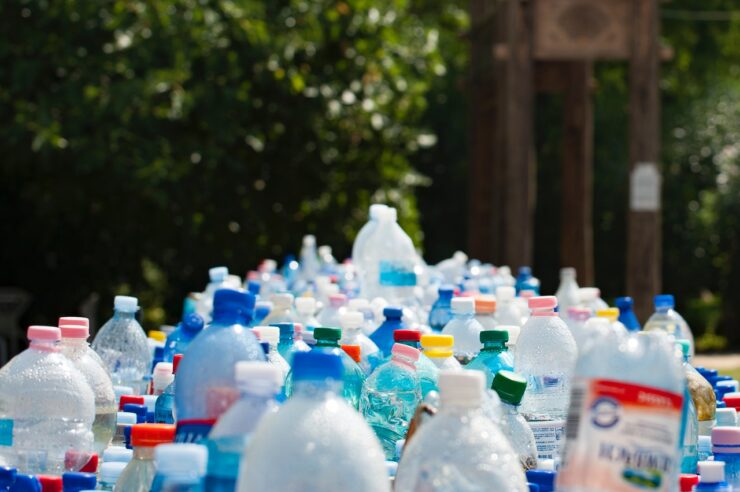 How much do you know about one of the most extensively used materials in the world today? Yes, we are talking about plastics here!

You’re probably aware that plastic has now become a significant environmental concern. Plastic litter is still as serious as it was nearly a year back. The bad news is, it continues to damage the environment, unfortunately.

Below are our favorite 20 scary but interesting facts about plastic, ranging from domestic waste to industrial waste.

Plastic is a resulting product of petroleum oil, which is not at all sustainable by nature. We all know, oil is a nonrenewable fossil fuel. Due to this, it heavily pollutes our air and overall environment.

A single plastic bottle takes at least 450 years to disintegrate. The most common material we see in single-use bottles is polyethylene terephthalate (PET). It photodegrades rather than biodegrades.

Even when bottles degrade due to photodegradation, little particles of microplastic are left behind. As a result, these particles contaminate drinking water and endanger wildlife.

According to the latest study, we purchase one million plastic water bottles every single minute. This estimation is taken from all across the globe. Unfortunately, less than 10 percent of the entire plastic produced follows the process of recycling.

We all know now where the rest of the plastic goes. Well, it stuffs our environment with toxins and other harmful pollutants.

Nearly half of all plastic goods we use in the world today were produced in the last 15 years. About eight major states are already enjoying a strict ban on single-use plastic bags in retail stores.

Do you know what is still overwhelming? The total amount of plastic, we expect, to be produced in 2050 will be 3.5 times more than the amount produced back in 2015.

The best way to save enough energy to power New York City for one complete month is simple. All you need to do is switch to reusable bottles and carton water. It is critical to consider this fact as the production of plastic bottles is having drastically worse effects on our ozone.

Our landfills are filling up at a high speed, but plastic production isn’t slowing down at any cost. In 2017 alone, about 26.8 million tons of plastic pollution were dumped into major landfills. A number of landfills scattered across the U.S. are continuously filling up with pollution. They are running low on additional space at a worrying speed.

One of the most interesting facts on this list. Well, did you know? A garbage truck’s worth of plastic pollution ends up in the big ocean every single minute.

According to Oceana, around 17.6 billion pounds of plastic is thrown in the ocean on an annual basis.

If we talk in terms of weight, there will be more plastic in the ocean than fish by 2050. (by weight). This was estimated according to the New Plastics Economy report by the most famous Ellen MacArthur Foundation. The report came out back in the year 2016.

According to a team of scientists, Bisphenol A (BPA) is present in more than 90 percent of Americans.

BPA is a popular chemical compound. It is used in the manufacturing of a variety of polycarbonate plastics. You will see BPA in nearly everything, ranging from computers and food containers to water bottles and even food cans.

BPA comes out when the chemical bonds deteriorate. As a result, it leaches into your food and water, contaminating everything you consume.

On an annual basis, Coca-Cola produces 88 billion plastic bottles. If you put all those 88 bottles on top of each other, the bottles will cover the entire distance between the earth and the moon. This distance will be covered 62 times, not just once. In total, that’s about the production of 167 000 plastic bottles per minute.

Another scary fact about plastics is, an average person eats about 70,000 microplastics on an annual basis.

As per the estimation, 10 metric tons of plastic fragments are thrown into the Pacific Ocean every day. This fact is applied to the Los Angeles area alone.

Some of the most common products include straws, grocery bags, and soda bottles.

An average person uses and throws 50 percent of the plastic after one use. This also includes fast food.

The major production of plastic uses around eight percent of the global oil production. Well, bioplastics are also not a good solution. This is because they require food source crops for production.

On an annual basis, Americans throw away 35 billion plastic water bottles. It is important to start getting a reusable one!

Researchers find billions of pounds of plastic in swirling convergences in the oceans. Pollution makes up about 40 percent of the global ocean surface. The sad news is, about 80 percent of pollution is thrown into the ocean from the land.

The Great Pacific Garbage Patch is the largest ocean garbage site across the world. It is located in the North Pacific Gyre off the coast of California.

The floating mass upon the Great Pacific Garbage Patch of plastic is twice the size of Texas. The plastic pieces are now outnumbering sea life six to one and that’s dangerous.

Sadly, 22 percent of cetaceans, 44 percent of all seabird species, nearly all sea turtle species, and a long list of fish species have been documented with dangerous plastic.

The plastic was found in or around the bodies of fishes, sea turtles, and other creatures.

The collection of samples taken from Lake Erie by researchers exposed a major fact about plastics.

Just as we cannot eliminate plastic from our life, so is plastic pollution. Everything that we come into contact with is made of plastic. This includes teacups, computer mice, mobile phones, computer displays with plastic frames, and the list goes on.

This isn’t the end of it, because we encounter plastic practically wherever we go. The best solution is to shift to paper-based or biodegradable products. Especially, when it comes to everyday products, it is better to choose less environmentally-destroying stuff.

We hope these facts will open your eyes and help you take your first step towards healthy nature.