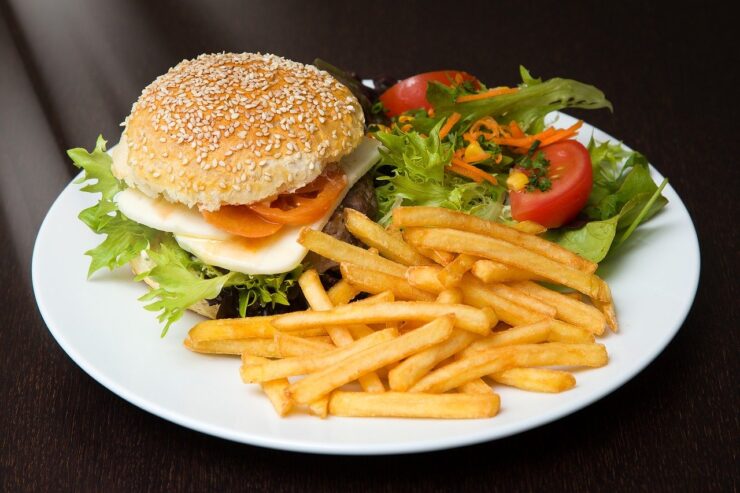 Having food products available for everyone is an advantage for the business. Especially when you have people that swore off meat. Or people that have health problems that prevented them from enjoying meat.

For these people, looking for the food that fits that preference can be rather hard. That is where these burgers come into the picture.

Today, we will look at two particular burgers known for doing the unlikely. In this case, creating burgers that do not use meat in the ingredients. These are the Impossible Burger and the Beyond Burger. Here, we will compare and see which one is healthier and tastier.

Let us start with the ingredients. Both burgers have a notable composition that does not involve meat. With that said, what do these burgers comprise of?

Soybeans work out as a healthy food source. Although due to the heavy processing, it loses the benefits found in raw foods. Due to this, it compensates by packing it with a lot of vitamins and minerals.

Beyond Burger, in this case, uses these ingredients. Water, Pea Protein Isolate, Expeller-Pressed Canola Oil, and Refined Coconut Oil. It also has at least 2% or less of these components. Bamboo Cellulose, Potato Starch and a few other ingredients.

The difference between these two is in the protein source. Despite this, the ingredients are similar. Even with the absence of meat, these two burgers give an uncanny resemblance to it. The good news is that these burgers qualify for a vegan diet. In the sense that it does not have any animal products or by-products.

To push this further, Beyond Burger had the Vegan Action Foundation certify these ingredients that the burger qualifies as vegan. Meanwhile, Impossible Burger ensures that their products are both kosher and halal.

Before we proceed, do take note that these two burgers came from a lab using plant products. These products emulate the taste and texture of real beef. Despite which, here are some pointers to take note of.

The Impossible Burger contains mostly organic ingredients. In comparison, Beyond Burger does not.

Beyond Burger makes sure that it doesn’t use GMO. On the other hand, Impossible Burger received backlash regarding the use of genetically modified ingredients containing the pesticide glyphosate.

The Impossible Burger made this a point that it comes packed with vitamins and minerals. This is something that the Beyond Burger lacks.

Moving towards numbers, both burgers have under 300 calories per serving and 20 grams of protein. On the other hand, they also contain 400 milligrams of sodium. When it comes to fat, Beyond Burger contains 20 grams while Impossible Burger has only 14 grams.

If you are looking at which one is healthier, take note of these numbers. You might also want to check the full nutritional values for the Impossible Burger and the Beyond Burger for more information.

With the health details tackled, how do these burgers fare with the taste?

In this comparison, the burgers face off with each other. Not only that, but these burgers also came side by side with an actual beef burger to see which of these two stood out more. This aspect is what could help you in choosing between the two.

Impossible Burger has the closest proximity to actual beef. In terms of texture and taste, you would have the impression that you are still eating beef without realizing it. It has a charred exterior and a pink exterior similar to real beef. This burger is also juicy in the same way a beef patty would, evident in how the patty “bleeds” with its juices when sliced.

This is what brings the Impossible Burger as a great option in enjoying the beefy flavor without actually consuming meat. And this is probably the reason why Burger King chose Impossible Burger for its plant-based Whopper burger. According to pricing website Pricelisto, Impossible Whopper is a bit more expensive than regular Whopper, so you have to take that into account.

Beyond Burger was not as beefy. It does have a rather spongier texture with the vegetable proteins being far more pronounced. In this case, it had a coconut aftertaste to it. The flavor still remained tasty but it did not stand out as a substitute for beef.

This could be a good thing for vegans and vegetarians who find the taste of beef rather repulsive. Beyond Burger might be the closest thing they can enjoy to a burger without disgust kicking in. Likely, it was due to Impossible Burger’s beefy taste that had them turn towards the other.

Between the two, Impossible Burger shines clearly as the best option in acting as a beef substitute and in the health benefits it provides. But for those who find the beefy taste too much, Beyond Burger is the next best thing they can try out.

At least this time, we might be looking into a possible future for meat substitutes.